By Melissa A. Hazlett
0
0
Share:
Starting November 1, Kentuckians can apply, register for benefits through the Kentucky Marketplace at kynect.ky.gov

Governor Andy Beshear announced Monday that kynect, the state’s health insurance exchange, will reopen on November 1, 2021, to allow Kentuckians access to health coverage and other benefits.

The move, recently approved by the Center for Medicare and Medicaid Services (CMS), allows Kentuckians to access and compare state-run health care options, apply for coverage and complete their enrollment in one. convenient platform at kynect.ky.gov. 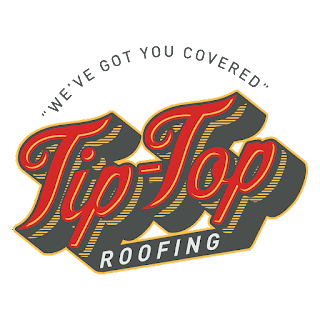 “Quality health care is a basic human right – and this need has never been more evident than during the global COVID-19 pandemic,” Governor Beshear said. “Kentucky’s economy has caught fire and we just landed the biggest economic investment in the history of the state, but we cannot succeed in building a better Kentucky if our people are not healthy and ready to work. kynect was a lifeline to so many when it was first offered in 2013, and we’re excited to be working with the U.S. Department of Health and Human Services to bring it back and make sure all Kentuckians can easily access the health plans and the benefits they deserve. . “

The Commonwealth will receive funding of $ 650,000 from CMS to support the reopening of kynect. Kentuckians will once again have access to all of the benefits of the original state-based kynect, launched in 2013, including the ability to determine eligibility for Medicaid or a grant to help offset their premium costs.

In addition to statewide coverage from Anthem and CareSource, which offers plans in 100 counties, consumers can purchase plans available in select counties from two new health insurers; Ambetter from WellCare of Kentucky and Passport Health Plan from Molina.

Also new in January 2022, Kentuckians will be able to purchase a vision plan via kynect. Individual VSP Vision Plans will provide registrants with a comprehensive eye exam by a network physician, frame allowance, and lens enhancements, such as progressive lenses.

In October 2020, Governor Beshear launched a redesigned kynect website that prepared the Commonwealth to return to a state-based market. In addition to the new medical benefits, kynect provides Kentuckians with information on other types of assistance and benefits based on income or need, such as the Supplemental Nutritional Assistance Program, also known as food stamps. , and the Kentucky Transitional Assistance Program.

Since October 2020, the kynect portal has been connected more than 2.3 million times by more than 1.8 million visitors. Almost 105,000 claims for benefits have been submitted and nearly 1 million supporting documents have been downloaded.